The paint job gives new meaning to this urban furniture of blades.

A group of citizens wanted to create a monument for sexual and gender diversity in Rotterdam. BKOR, the Municipality of Rotterdam and the initiators worked together on the development of a monument at a location where the LGBTQI+ community can meet, celebrate or commemorate respectfully and safely, individually or in small groups.

After a series of studies and campaigns, Willemsplein turned out to be the most suitable location to raise such a monument. Plans for a future redevelopment and possible greening of Willemsplein are not yet concrete. That is why it is still too early for a definitive object as a monument at this location. Superuse was asked to redesign REwind as a temporary LGBTQI+ monument.

A competition was held among artists, asking them to make a design for a new paint job for the rotor blades. Mr. June, a Dutch artist and graphic designer, won this competition and repainted the blades in his studio. His dynamic interpretation of the rainbow flag now graces the Willemsplein as a celebration of the LGBTQI+ community. 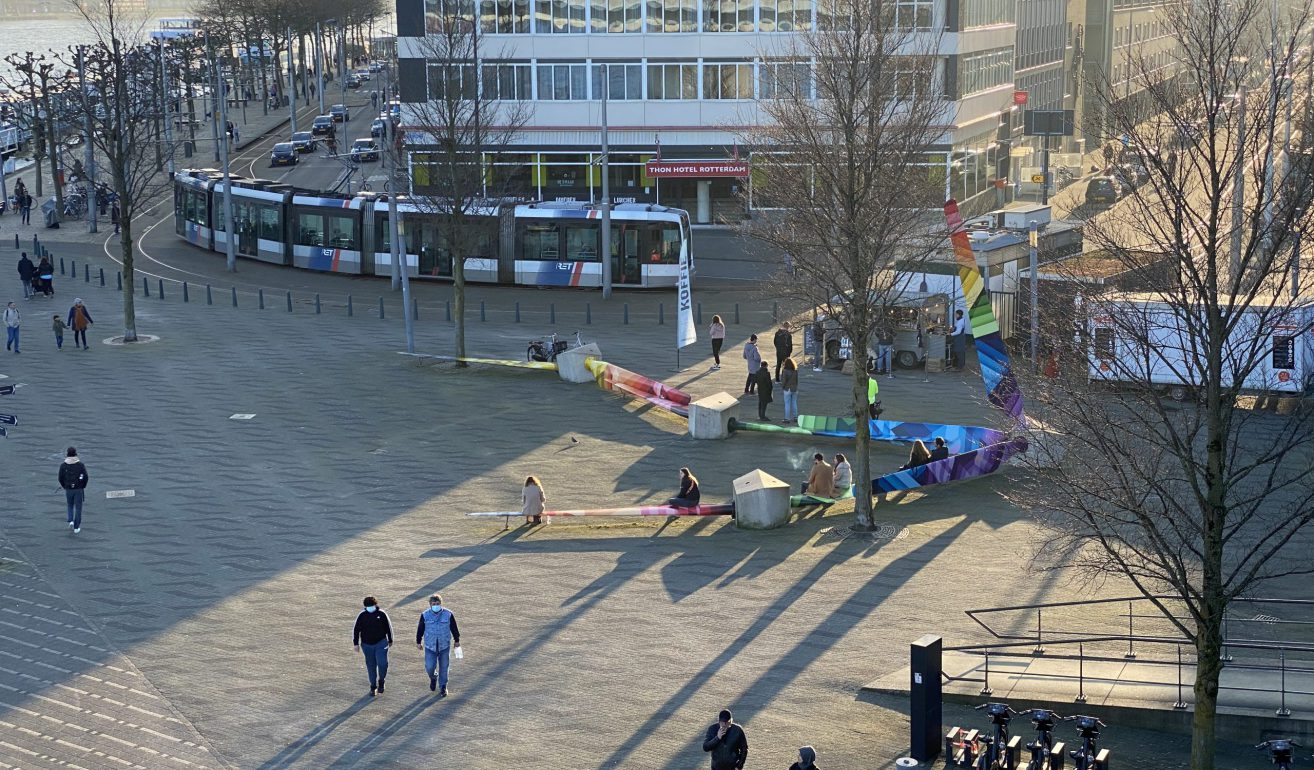 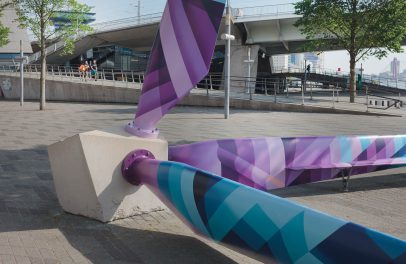 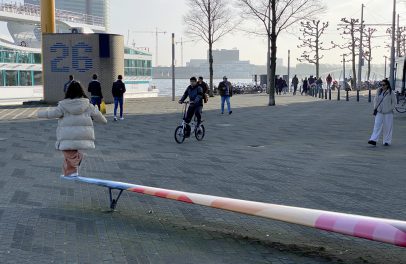 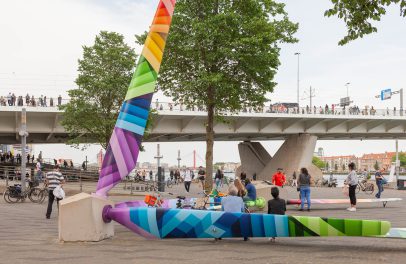